The research puts forward the concept of hybrid surface inscriptions, and defines them as localized utterances of visual, textual and material composition that make up the surface landscapes of our cities. These are examined through frameworks such as Kress and van Leeuwen’s multimodality and semiotic landscapes, and Scollon and Wong Scollon’s geosemiotics. Using site-specific visual data of annotated photographs taken in London between 2012 and 2016, the project develops a method of semiotic reading which can account for all hybrid surface inscriptions, including, but not limited to, graffiti and street art.

Another aspect of her research investigates the street art tours industry in London, examining their function in constructing the geographic, economic and symbolic value of street art. The main argument is that street art tours do more than reference London’s street art scene: they play an active role in constructing, shaping and legitimating its existence through the strategic deployment of a discourse of power. Using Pierre Bourdieu’s concepts of symbolic power and field of cultural production, and Howard Becker’s theories on art networks, the research proposes a participatory ethnographic study of London street art tours, focusing as much on what they include as on what they exclude. Based on notes, maps and interviews, this project hopes to show how tours actively produce the meaning of street art and designate its locations by defining its conceptual, geographic and aesthetic territories.

Andron, S., “The Site Is the Surface: Street Art Placement and Adaptation in London’s Blackall Street”, in Castoro, M. and Vasilikou, C. (eds), Contesting Artscapes: a collection of essays on cultural localities and political narratives in emergent urban art, forthcoming 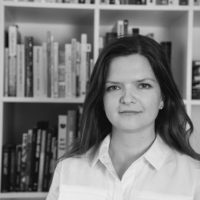 Home » Themes » Art and the City » Urban Signs and Surfaces