This is an Australian Research Council funded project on sonic practice in Japan. Sonic practice is defined as the ways people create and experience sound as part of everyday life. The researchers have created a ‘sonic map’ of work collected during fieldwork in a digital repository containing sounds and images that communicate sonic life in Japan. Listeners are encouraged to explore the map, specific neighborhoods or sounds organised by cultural themes. 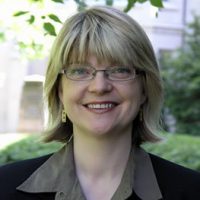 Home » Themes » Place and Hybridity » The Sonic Politics of Japan