Michael Herzfeld is currently engaged in field projects in both Thailand (looking at urban communities involved in craft production, modernization, and commerce, while continuing to observe the ongoing “spatial cleansing” of old Bangkok) and Greece (where he is following up on his earlier research to trace the persistence of pre-state models of the polity in popular imagination and practice). His current work in Bangkok focuses especially on a community of jewelers and goldsmiths.

He is also engaged in writing about “crypto-colonialism” and is preparing to do new research on Chinese migration to Rome. Finally, he hopes, again through writing, to find ways of promoting a new critical role for social anthropology in the debates that lie at the heart of some of the most recent and troubling political upheavals – including the assault on the resilience of urban communities – around the world. His book, Siege of the Spirits: Community and Polity in Bangkok (University of Chicago Press 2016), details the struggle of the Pom Mahakan community in Bangkok to stay on site as a living heritage museum — a struggle that is now tragically ending in officially enforced demolitions and evictions.

“Heritage and the Right to the City: When Securing the Past Creates Insecurity in the Present,” Heritage and Society 8: 3-23. Online here. 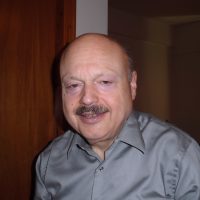