Skateboarding is an increasingly common feature of the urban environment – recent estimates total there are 40 million skateboarders world-wide. Their often extraordinary talent and manoeuvres are a familiar part of the modern streetscape. Iain Borden’s research has documented the history and practice of skateboarding, from the surf-beaches of California in the 1950s, through the purpose-built skateparks of the 1970s, to the street-skating of the present day, and shows how skateboarders both understand the city through their sport and suggest that the city is not just a utilitarian environment but also a site of intense pleasures: a place where the human body, emotions and energy can be expressed to the full.
In addition, skateboarding subculture, revolving around graphically-designed clothes and boards, music, slang and moves, also raises issues to do with gender, race, class, sexuality and the family. As such, street-style skateboarding constitutes a performative critique of architecture, the city and capitalism.

In addition to his published work in this area (such as the book, Skateboarding, Space and the City: Architecture and the Body, 2001; to be revised into an expanded version in 2017 as Skateboarding and the City: A History), Iain is also involved in several live skatepark projects in the UK, including the heritage, conservation and improvement of existing skateparks, and initiatives for new designs and constructions.

Read an interview with Iain about the Southbank skatepark here.

(2014) ‘Things that people cannot anticipate: skateboarding at the Festival Wing’ in I. Borden et al (eds) Forty Ways to Think About Architecture.

(2014) ‘The spaces of skateboarding’ The Architects’ Journal.

(2001) Skateboarding, Space and the City: Architecture and the Body. 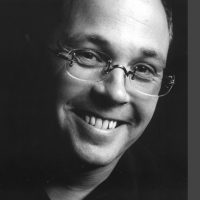