Homelessness has long been a source of aggravation for the state and its institutions. As a result, homeless bodies (and those that are otherwise placeless, nomadic, unpredictable or drifting) have been the target of numerous efforts of control, reform, exclusion and eviction. While the solutions to systemic and chronic homelessness have been thoroughly demonstrated, such policies have remained politically and socially untenable in discursive spheres characterised by neoliberal ideals of individualism and governance-at-a-distance. This project examines the socio-political construction of homelessness as a legitimate object of state intervention and criminological interest. That is, why and how homelessness—a material condition—becomes imbued with such powerful moral and symbolic signifiers of otherness and criminality.
To do so, this project examines several sites of encounter: biography, visibility, geography and responsibility. These are spaces in which homelessness (evident in bodies, traces, aesthetics or actions) are perceived, recognised, labelled, categorised and responded to. This research takes Melbourne as its case study; a city with a marked history of contest between authorities and bodies that are deemed illegitimate due to their alternative mobility or practices of inhabitation. Framing homelessness as criminal participates in a broader project of urban restructuring in which the politics of home and ownership are extended into the urban environment. In short, this thesis critiques the ‘substantive criminalisation’ of homelessness in cities and the problematic politics that attend this. 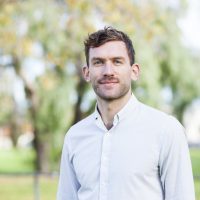