Caitlin Overington was part of a team of researchers to explore themes that emerged as observer/participant at White Night in 2015 in Melbourne. Funded by an Australian Research Council Discovery Grant, this project examined the impact of White Night as a major public event, within city spaces. Her work, exploring light as control, was published in a peer-reviewed collection of essays. Essays covered issues such as light art, security and safety in the city, and mobility issues. 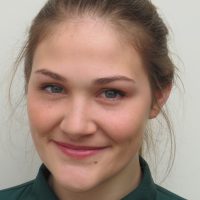