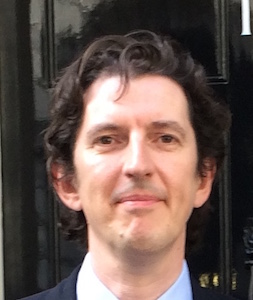 Stuart Elden is Professor of Political Theory and Geography at the University of Warwick, UK, and Monash Warwick Professor in the Faculty of Arts at Monash University, Australia.

He is the author of six books, including Terror and Territory: The Spatial Extent of Sovereignty (University of Minnesota Press, 2009) and The Birth of Territory (University of Chicago Press, 2013). He has also worked extensively on the French Marxist sociologist Henri Lefebvre, co-editing and/or co-translating four volumes of his work and writing the study Understanding Henri Lefebvre: Theory and the Possible (Bloomsbury, 2004). He has recently written a preface to the forthcoming translation of Marxist Thought and the City (University of Minnesota Press, 2016).

His recent work has been focused on Michel Foucault for two books with Polity Press, and his current projects examine the territorial aspects of Shakespeare’s plays; Lefebvre’s rural writings (with Adam David Morton); and how questions of territory relate to issues around volume, terrain, the environment and the urban.

‘Secure the Volume: Vertical Geopolitics and the Depth of Power’ Political Geography 34 (2013).

Terror and Territory: The Spatial Extent of Sovereignty (2009).