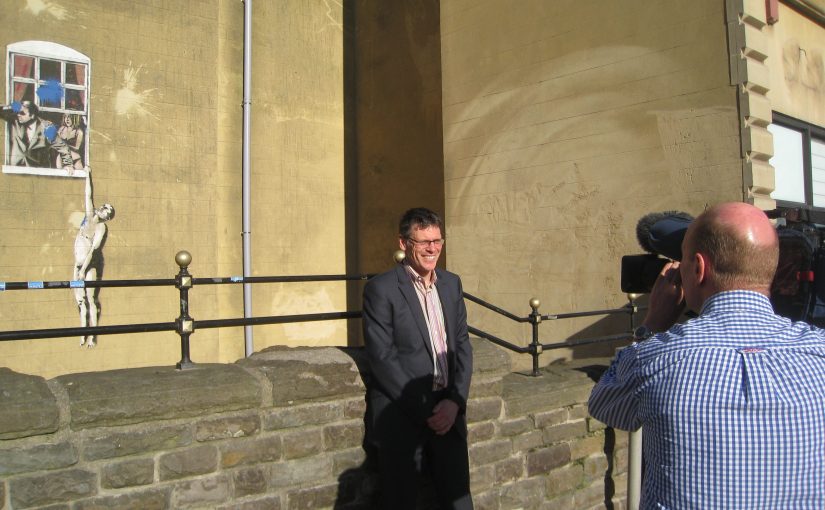 A painter, broadcaster and writer he has exhibited internationally and is represented in the permanent collection of the Imperial War Museum, London; the Canadian War Museum, Ottawa; and the National War Memorial, New Zealand. In addition to roles in national and international higher education his published research covers art history, cultural geography and heritage studies. Besides exhibiting internationally he has published with Sansom and Company a monograph on Stanley Spencer: Journey to Burghclere in 2006; A Terrible Beauty: British Artists in the First World War in 2010, and Your Loving Friend, the edited correspondence between Stanley Spencer and Desmond Chute, in 2011. Books on the street artist Banksy were published in 2012, and on the painters John and Paul Nash, Brothers in Arms, in 2014.

In addition to writing, television productions and artwork related to camouflage, military sketching and surveillance, he recently created a programme of exhibitions, events and publications linked to the centenary of the start of the First World War and edited a volume of commissioned and curated work under the title, Art, Memory and the Aftermath of War. His research into street art and the contested city has been published and featured on radio and television. He created a program of activities and publications related to the Bristol-born street artist ‘Banksy’ culminating in a book on the artist’s impact in Bristol and the west country of England.

Back from the Front: Art, Memory and the Aftermath of the War (2014)

A Terrible Beauty: British Artists in the First World War (2010).