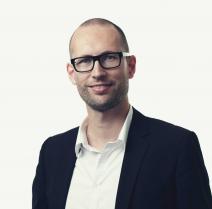 His previous work has argued for an atmospheric approach to the understanding of architecture and urban planning; as well as examining urban-spatial strategies of crime prevention and control; new forms of urban collectivity; and the city as an imagined locus of crowd behaviour.

He is currently working on a large so-called Sapere Aude research project on ‘Crowd Dynamics in Financial Markets’ in which he studies, among other things, how the connections between cities and financial markets are changing in the wake of algorithmic finance.

Architectural Atmospheres: On the Experience and Politics of Architecture (2014)

Foucault, Crime and Power: Problematisations of Crime in the Twentieth Century (2015)

The Politics of Crowds: An Alternative History of Sociology (2012).